The National Association of American Veterans, Inc. (NAAV) representatives attended 2019 Memorial Day Ceremony held at the U.S. Department of Housing and Urban Development and sponsored by HUD Veteran Affinity Group, Walter A. Elmore, M.A. Chairman and Vice- Chair Emeritus Special Advisor to the Interagency Advisory Council. This event was held on Thursday, May 23, 2019 from 11:30 a.m. to 12:30 p.m. in the Brooke-Mondale Auditorium. This year’s theme: “A Soldier, Marine, Sailor, Airman, or Guardsman Only Dies If You Never Mention Their Name.” On this Memorial Day, the HUD Veterans Affinity Group (VAG) took time to “Honor, Observe, Remember Our Heroes” and the bravery of the Tuskegee Airmen, and the more than 80 Tuskegee Airmen who made the ultimate sacrifice for this nation.

Our history of Memorial Day dates to the post-Civil War era and has special meaning to Americans, particularly active duty military Veterans. Memorial Day is a day to “Honor, Observe, and Remember Our Heroes” and their families who made the ultimate sacrifice for American freedoms and liberties.
Among the many guests included the Gold Star Mothers, and the Gold Star Wives of our fallen soldiers who loved ones also have made the ultimate sacrifice for our country. 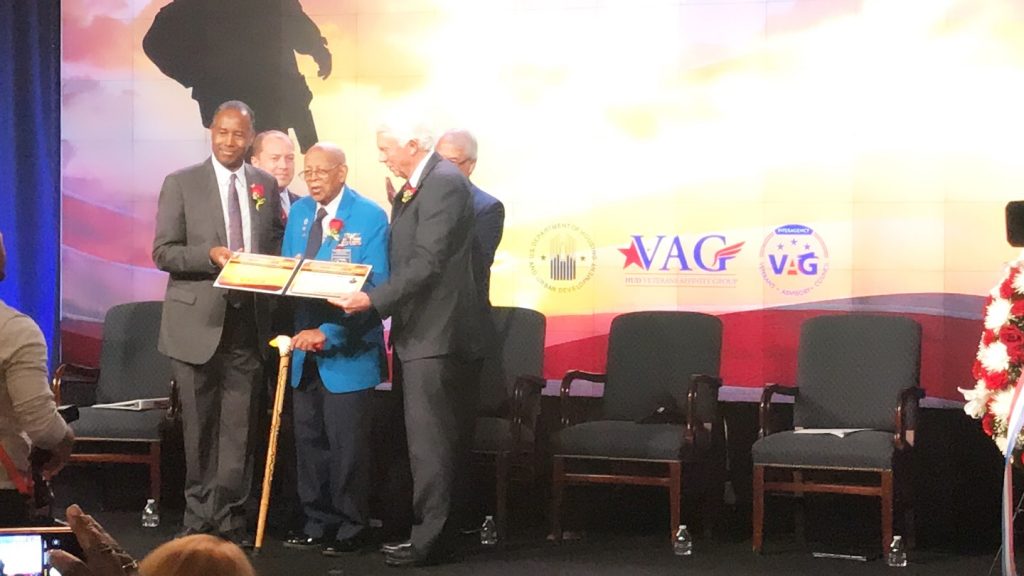 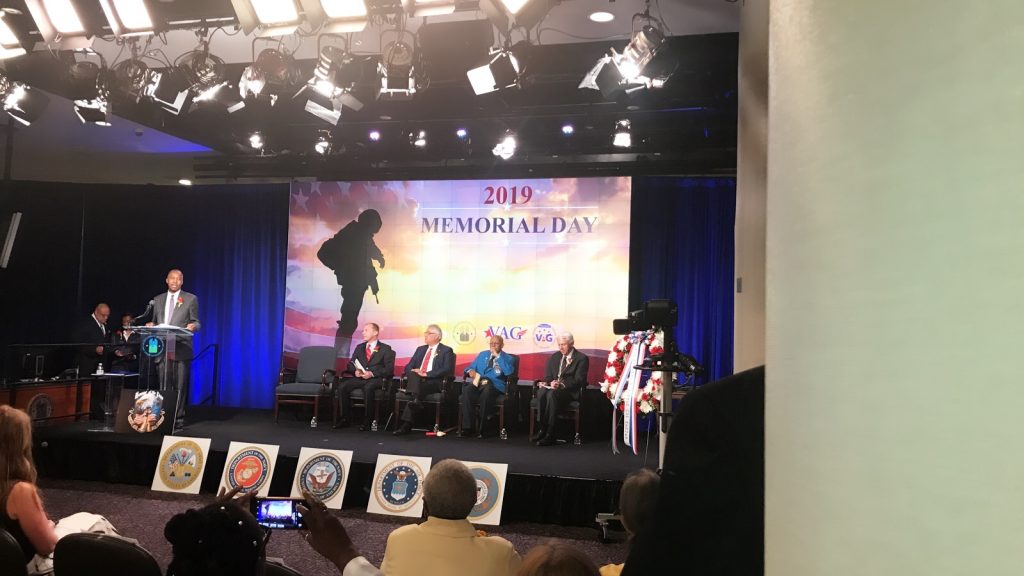 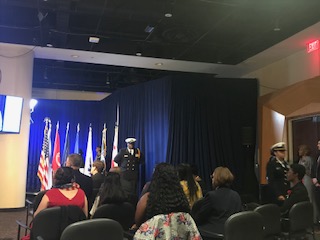 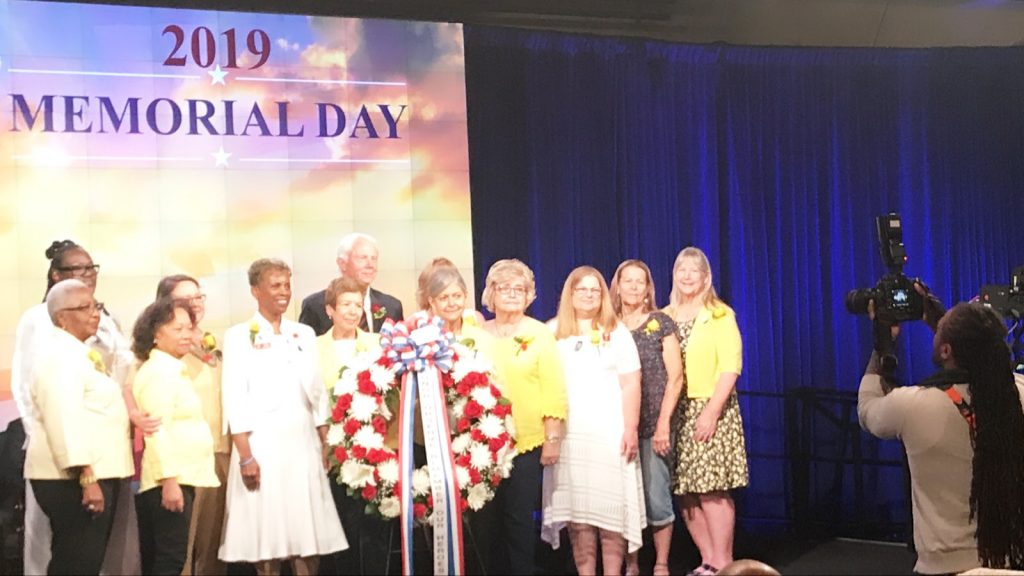 A small table set with a white tablecloth to symbolize
the pure intentions of the service members who responded
to the country’s call to arms.

A single rose in the vase symbolizing the blood that service
members have shed in sacrifice to ensure the freedom of
the United States of America.

A slice of lemon on the bread plate that represents the
bitter fate of the missing.

Salt sprinkled on the bread plate that symbolizes the tears shed by
waiting families.

An inverted glass to represent the fact that the missing and fallen
cannot part take.

A Bible represents the spiritual strength – and- faith – to sustain the
lost.

A lit candle symbolizes a light of hope that lives in the hearts to
illuminate the missing’s way home.