SFC Mary Johnson, U.S. Army (Ret.), entered the U.S. Army on March 31, 1958, and retired on April 30, 1978, as an Administrative Clerk at Fort Devens, Massachusetts. She moved to Washington, D.C., in 1978 and later became a resident at the Armed Forces Retirement Home–Washington (AFRH). During the 1950s SFC Johnson’s military service sent her on travel in Europe, particularly France.

The President and Chief Executive Officer of the National Association of American Veterans, Inc., Constance Burns, began visiting the AFRH in the late nineties as a volunteer helping Veterans in the chapel services on Sundays and with some weekday activities when time permitted. She met SFC Johnson and other Veterans over the last decade.

SFC Johnson says that she now suffers from memory loss. We all may lose our keys and may experience forgetfulness daily. This may be due to other health conditions over time. However, memory loss can also be caused by chronic health conditions that may cause loss of sleep, stress, anxiety, poor diet, and lack of physical activity. SFC Johnson said one activity that helps her memory is to work on puzzles daily. A few years ago, the AFRH created a room for SFC Johnson and other residents to put together puzzles of 750, 1,000, and 4,000 pieces. For more information, see studies published by the National Institutes of Health about chronic stress over a long period that exposes the brain and body to certain hormones. 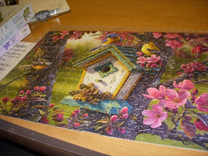 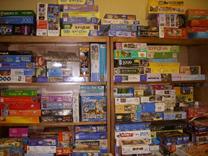 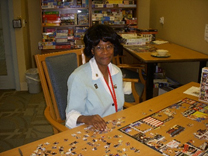 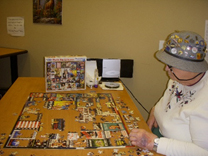 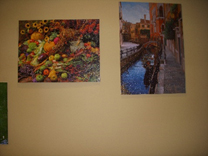 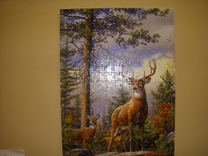 A historical site at the AFRH is President Abraham Lincoln’s Cottage, where President Lincoln lived for a quarter of his presidency and made critical decisions. Guided tours with exhibits are a part of this historic setting. For more information and tickets visit www.lincolnscottage.org or call (202) 829-0436.  The hours of operation are Monday through Saturday at the Visitor Center, 9:30 a.m. to 4:30 p.m.; and Sunday, 10:30 a.m. to 4:30 p.m.