Start and Finish with God

On behalf of the National Association of American Veterans, Inc. CEO and President Constance C. Burns, Washington, DC, we present this summary and review of two sincerely special Veterans Day celebrations of 2017.

First we begin with the children, grades K–8. On November 10, 2017, this year’s Veterans Day Federal Government observance day, the County Christian School (CCS) in Ashburn, Virginia, held a Veterans Day celebration at the campus for parent, students, and friends. 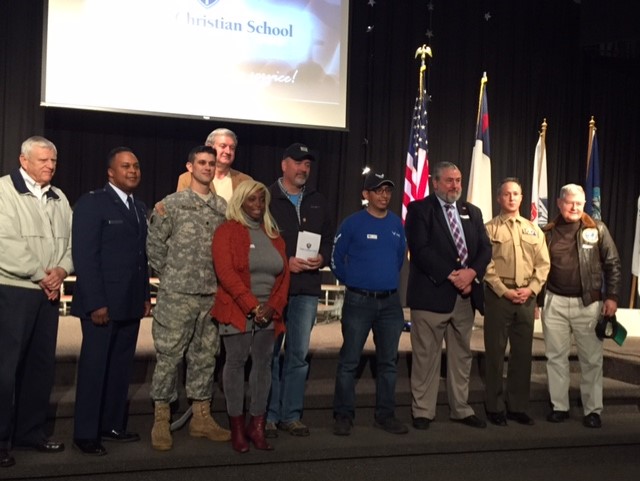 CCS highlights, as they have done for the past several years, students’ whose parents or other significant family members have or still are serving in the military.

This year’s theme was taken from John 15:13—“Greater love hath no man than this, that a man lay down his life for his friends”—followed by extraordinary performances, including

First and seventh graders recognizing our Veterans in song

Second graders reciting a patriotic poem “A soldier’s life”: Thank God for You

Third and fifth graders marching to the beat sing about choices: “We are Americans living in the land of the free choosing our democracy”

And for the finale, CCS’s invited guest speaker was the father of one of the students, introduced as Lt. Col. Victor Wheeler, US Air Force Veteran, who shared a wonderful testimony of his military service, which began in 1991. Lt. Col. Wheeler opened his speech with a historical look back, “where it all begin.” At the age of 11 years, Lt. Col. Wheeler committed his life to Christ. 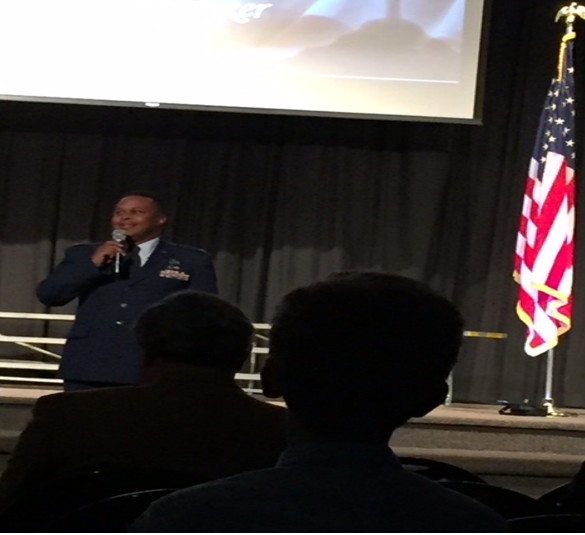 He briefly summarized his tour of duty, his family’s dedication to service and support of his career, and out of his short story came some very powerful truths that we can all behold.

“Hold on a little longer—God has something better for you”

Lt. Col. Wheeler recalls during his multiple assignments that everywhere he went, he found a church. He said, “God is always wherever I go and He [God] is a ‘rewarder of those who diligently seek him,’ ‘thy word, he has hidden in my heart, so that I would not sin against him.’” For years past and present, Lt. Col. Wheeler has marched to those biblical principles. A few other quotes came out his story worth noting:

“Your gifts will make you a good leader” for “God will not forsake us or leave us alone.”

God knows the whole story and “guess what, Lt. Col. Wheeler said, “in the end, we win!”

He closed with these encouraging sentiments, “continue to trust, continue to walk in the victory—starting and finishing with God!” 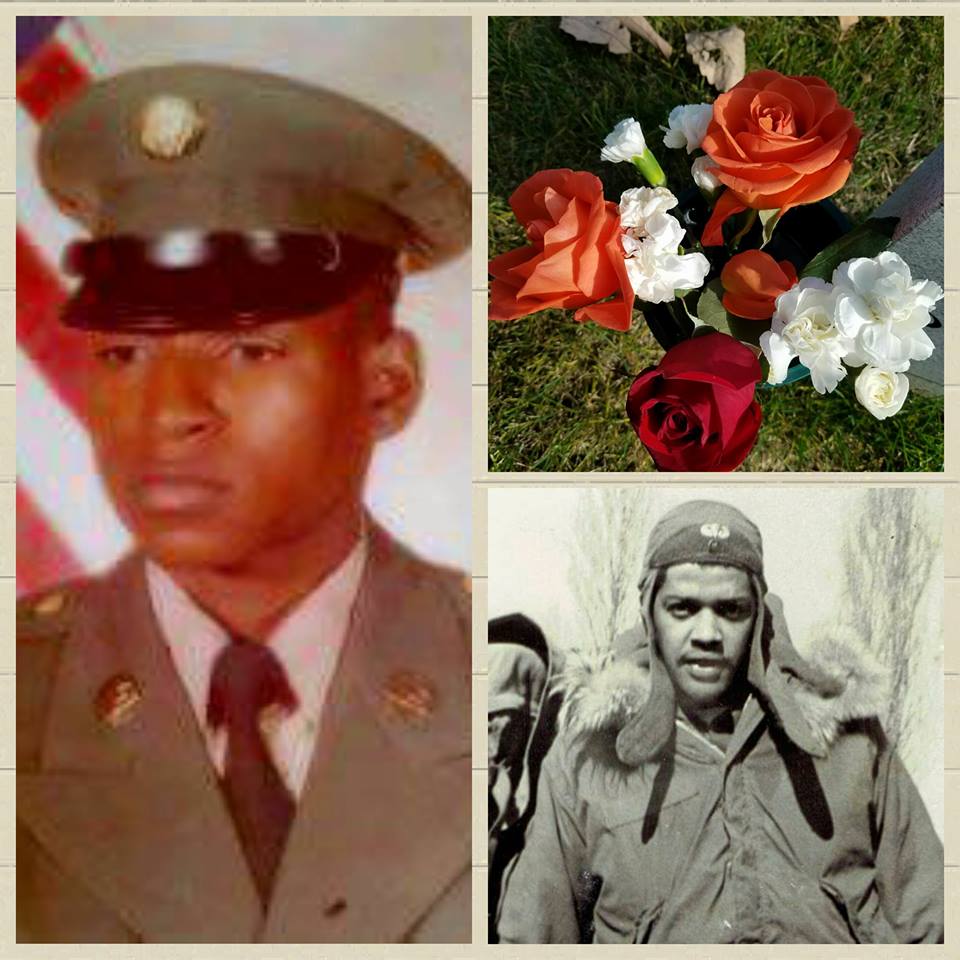 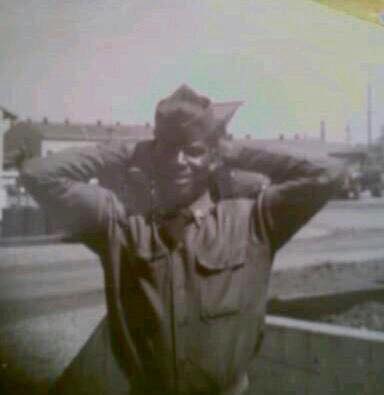 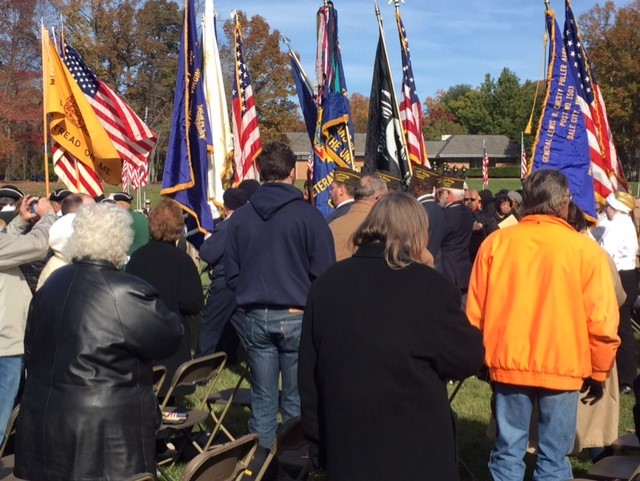 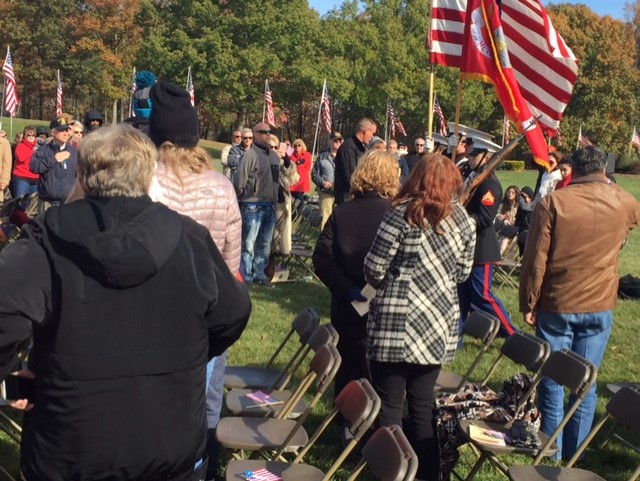 On a cold and blustery day on November 11, 2017, the crowd rose, the crowd saluted, the crowd sat and listened with honor and pride, and the Veterans Day ceremony commenced. Military commanders from many branches of service including Army, Navy, Air Force, Marines, and Coast Guard were there. Loved ones young and old, including members of fallen soldiers, paid tribute to the occasion presented by moderator Charles Wilson, Chairman of the Potomac Region Veterans Council.

The eloquent invocation was given by Lt. j.g. Brian E. Burd, USN Chaplain. Quantico’s Marine Corps Band both astounded and graced the crowd with a harmonious selection of music, and the Keynote Speaker, General David Goldfein, Chief of Staff, USAF, spoke about service, commitment, honor, and sacrifice.

The ceremony ended with the benediction by Lt. j.g. Burd and the Retiring of Colors by a cadence of men of common valor. The Potomac Region Veterans Council has a motto, which states “We Stand United in Strength”—to that end we salute, and to that end we hold true to the understanding of the verse in John 15:13, “No greater love.”