The National Association of American Veterans, Inc. representative attended the “With Humility and Thanksgiving, We Remember… In Dedication to Our Fallen Comrades – Men and Women Who Served” the Veteran Memorial Services held on Wednesday, April 25, 2018 at the Armed Forces Retirement Home – Washington (AFRH-W) at 3700 North Capitol, Street, NW, Washington, D.C.  AFRH-W residents, staff, and guests were present at the Memorial Recognition Services of four Veterans for their services and dedication to our nation.  The average age of the Veterans who passed was a little more than 88 years.  The Memorial included the following Veterans: 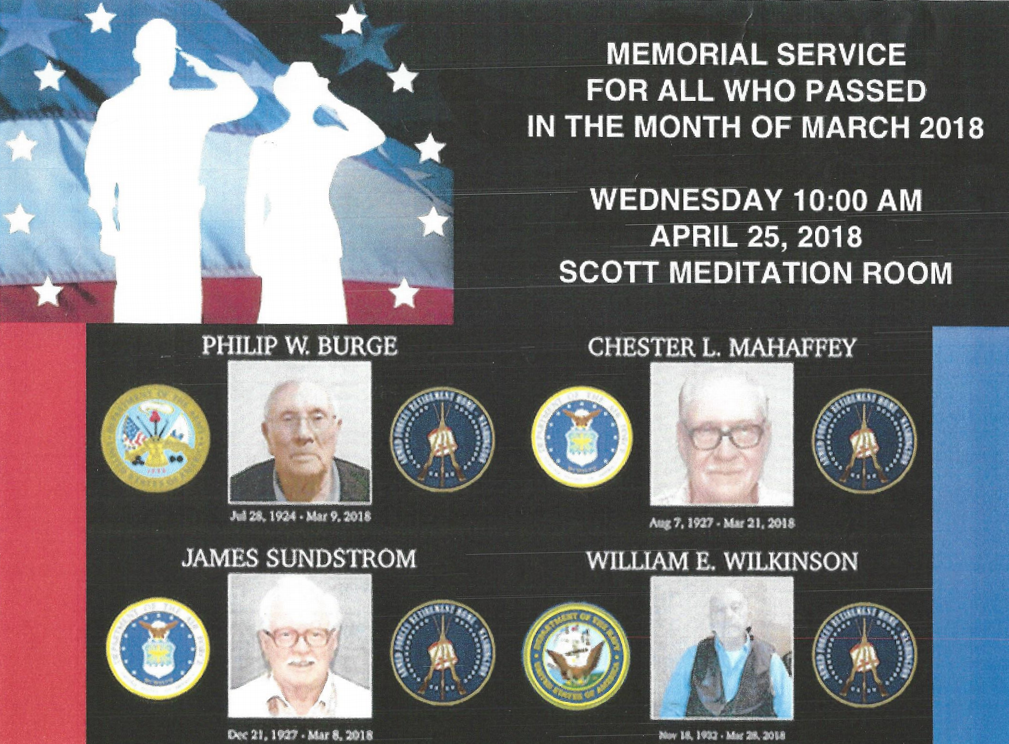 In memory of David G. Lariviere and Peter Benware who passed away in April of 2018.  NAAV give its condolence to Paul and Amy Thompson of Manchester, New Hampshire.  I hope you’ll remember you have friends who will listen and care … and NAAV is one of them.