On Wednesday, May 23, 2018, the Armed Forces Retirement Home – Washington at 3700 North Capital Street, NW, Washington, D.C. presented Memorial Services in dedication to their fallen comrades – men and women who served in the U.S. Armed Forces. The Presentation of Colors was presented by Disabled American Veterans Color Guard. AFRH-W resident, staff and guests attended the Memorial Recognition Services of six residents who represented the United States Army, Air Force, and Navy and who passed in April 2018 at the AFRH-W. Those attending and staff expressed gratitude for the six Veterans for their services and dedication to our nation and to others residing at the Armed Forces Retirement Home – Washington. The six Veterans honored served many years ago on active duty for the U.S. Armed Forces. The Memorial included the following Veterans: 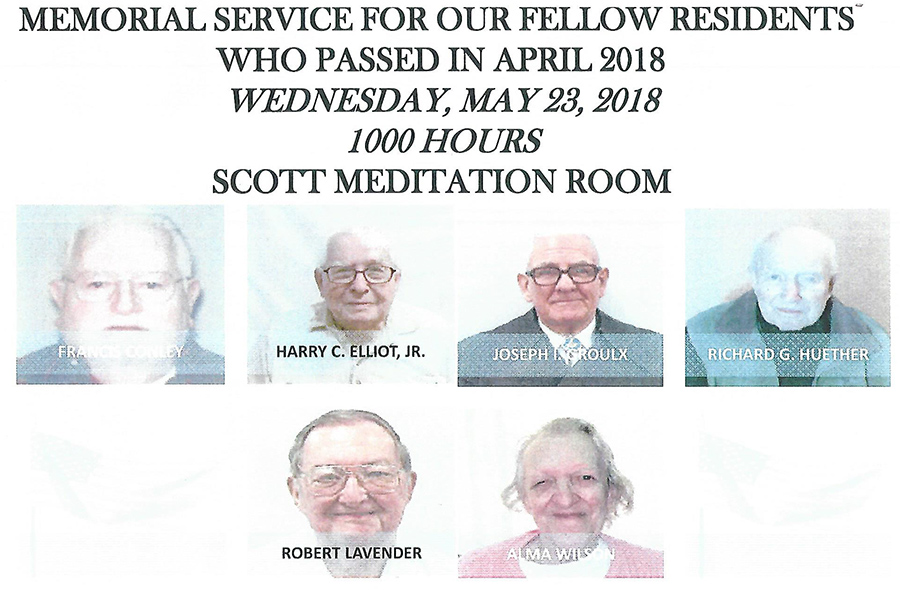