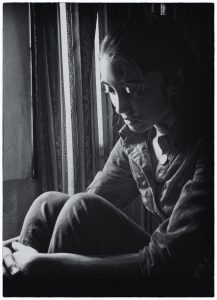 Suicide claims more lives than war, murder, and natural disasters combined. Although it’s a deadly issue, it’s an avoidable one. By healthily dealing with risk factors – such as mental health issues, substance abuse, chronic pain, financial issues, divorce, loss of a loved one, and more – suicide and suicide attempts can be prevented.

Where to Turn for Immediate Help

If you’re in a crisis or state of distress, reaching out is the first step to obtaining safety. No matter the time or day, you can call the National Suicide Prevention Lifeline at 1-800-273-TALK (8255). Use the same number and press “1” to reach the Veterans Crisis Line. You can also text “talk” to 741-741 or chat online.

Dial 911 if your life is in immediate danger. You can either drive yourself or have a friend or loved one to take you to the closest emergency room if you’re having thoughts of suicide. For individuals who have a mental health professional, most offices have a 24/7 number you can call for assistance.

Suicide by the Numbers

In 2015, more than 44,000 died by suicide, and it’s currently the tenth leading cause of death in the United States. Roughly 121 Americans die by suicide every day, which equates to about one death every 12 minutes. More than 494,000 people went to a hospital for injuries due to self-harm. Comparing the numbers, it suggests that 12 people harm themselves for every reported death by suicide.

Building a support network around yourself is an essential part of suicide prevention. Being connected to others helps you feel less isolated, and healthy relationships with friends, family, and significant others provides a protective factor against suicidal thoughts and behaviors. Finding people you feel comfortable confiding in and contacting at any time is crucial. “Surround yourself with positive people who motivate you to be your best,” recommends the National Suicide Prevention Lifeline.

Speaking to someone outside your social connections is vital too, whether by going to a therapist or by attending a support group. Psychology Today offers an easy way to find psychologists, psychiatrists, therapists, counselors, support groups and treatment centers in the United States and Canada. Mental health professionals can help you through a crisis, as well as provide counseling to build coping skills so you find healthy ways to deal with stress, anxiety, depression, and other external stressors.

Also, consider volunteering, taking a class, or starting a new hobby. Being involved in the community – whether it’s at work, school, church, a club, or a team – is important. Service dogs (and even just pets in general) have been shown to be beneficial to people suffering from anxiety and depression. Click here for more information about how service dogs can help treat anxiety, depression and improve general health.

You don’t have to deal with crisis or any suicidal thoughts on your own. Having a network of friends, family, peers, support groups, and professionals gives you many opportunities to find encouragement to help you through a crisis, big or small. Remember that you are an important part of the world, and your life does matter.