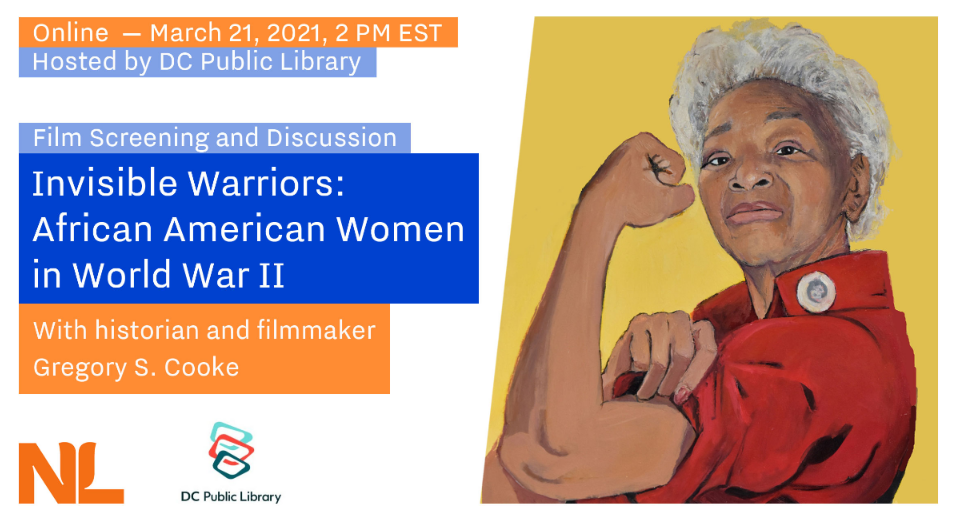 There will be a virtual screening (essentially a world premiere) hosted by the Kingdom of the Netherlands on Sunday March 21 – 2 – 4 pm, National Rosie the Riveter Day. For those of you who have already seen a version of _Invisible Warriors _at my fundraising luncheon events and other venues, the final version is soooo much better than what you have already seen. Please check out the attachments for Eventbrite registration – it’s free.

André Haspels, Ambassador of the Kingdom of the Netherlands to the United States, will deliver the opening remarks honoring Black “Rosie the Riveters” on National Rosie the Riveter Day.There will be a virtual screening of Invisible Warriors: African American Women in World War II, on SundayMarch 21, 2-4 pm EDT, sponsored by the Kingdom of the Netherlands and the MLK Libraryin Washington, D.C.The event is free, but you must register on Eventbrite.Feel free to pass it around: