Attends the Military Order of the World Wars

The National Association of American Veterans, Inc. President and Chief Executive Officer Constance A. Burns attended the Military Orders of the World Wars (MOWW) Leigh Wade/D.C. Chapter on December 8, 2017, at the Army and Navy Club in Washington, D.C. The guest speaker was Karl Altau, a member of the Joint Baltic American National Committee, Inc. (JBANC), established in 1961 and representing the Baltic-American communities and its three parent organizations: Estonian American National Committee, Inc.; American Latvian National Committee, Inc.; and the Lithuanian American Council, Inc. JBANC’s goal has been to help coordinate their activities in Washington, D.C., with the United States Congress and the administration and its related agencies in conjunction with issues affecting Estonia, Latvia, and Lithuania. Karl Altau shared the early experiences of his parents and grandparents before and during World War II in Lithuania and surrounding areas. For over 50 years, JBANC has fostered joint Baltic cooperation and coordinated and consolidated their common interests. 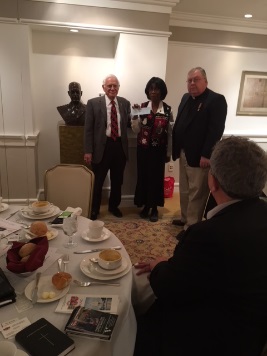 Constance A. Burns, President and Chief Executive Officer of NAAV, Inc. shared information about the mission, programs, and services provided by its Veterans’ service nonprofit organization established in 2005 to provide emergency assistance resources and referrals, assistance with Veterans’ benefits and claims, counseling referrals, assistance with legal, employment, housing and respite care for caregivers of Veterans most in need, particularly those in the wars in Iraq and Afghanistan. Ms. Burns was also presented with a donation at the meeting on behalf of the organization. The next scheduled chapter meeting will be held on Thursday, March 8, 2018, at the Army and Navy Club in Washington, D.C. 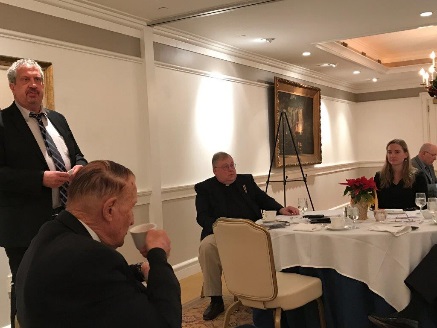 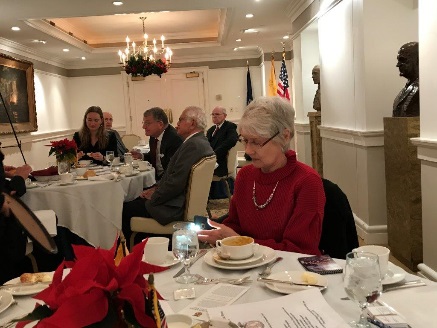