The contributions were donated in conjunction with the 2018 JROTC Leadership and Academic Bowl (JLAB) competition held by the College Options Foundation, a nonprofit academic excellence group that supports military families and students who participate in JROTC.

JLAB event planner and program manager, retired Army Lt. Col. Tom Torbert said giving back to the community by donating and/or volunteering is a key part of the competition.

Retired Army, Air Force and Marine veteran Charles Felder and retired Army 1st Sgt. James Diamond (former JROTC instructor) and his wife Sandie, attended the ceremony. They received a massive standing ovation when the nearly one thousand attendees at the ceremony stood up and thanked them for their service. 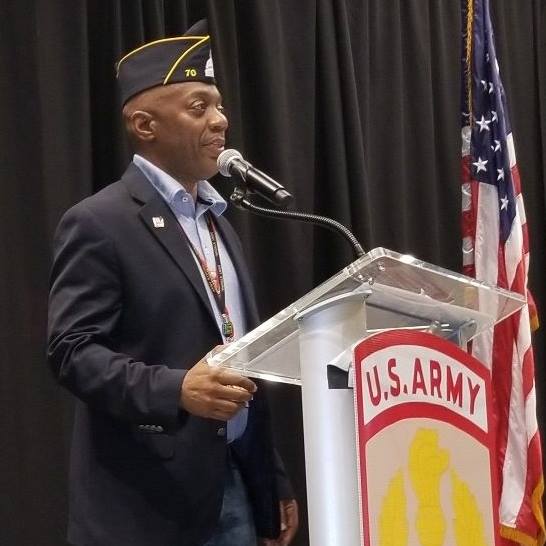